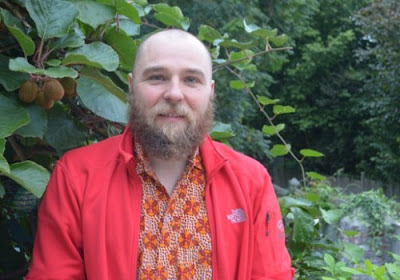 He will be the first worker priest in a number of years in Nord-Pas de Calais region, where the French worker priests first began their mission under Cardinal Achille Liénart more than 70 years ago.

Aged 35, Fr Lionel started work as an ambulance man this summer after five months of training.

Although he dreamed of becoming a fireman as a child, he eventually chose to enter the seminary. For the last seven years, he has worked in Roubaix, a traditional worker city neighbouring Lille.

The idea of becoming a worker-priest first occurred to him at the seminary.

“While studying Church history, I had to do an essay on the worker priests. That challenged me. Afterwards, while at the seminary, I was sent to work in a factory at Nordlys à Bailleul for two years.

Working in the parish, however, did not fully satisfy the young priest.

“I felt a lack of opportunities to meet people outside the Church as well as a gap with the young people of my own generation who were working. I wanted to share the life of the people.”

“I chose to become an ambulance man because it did not require too much more study. Plus there were opportunities for employment.

“My thoughts ranged from becoming a baker to becoming a specialised educator. After doing an evaluation of my capacities, I found that I was best suited for the medical or paramedical sector.

“I asked for authorisation from my bishop, who accepted. So it became a project of the Church. The whole Church is involved with me in this focus on the world of work,” Fr Lionel said.

Now, he works up to 70 hours a week, including weekends.

“It is a very different life. Sometimes I can work up to ten hours a day, including Sundays.”

“I discover the Gospel with (the people),” he explained.

“Without saying so explicitly, my way of being a priest is to listen, because we do lots of social work, and take the time to set people up in the ambulance.

“Now I know what it means to be sick. Many are isolated.

“‘Confidence and hope,’ is what one sick person said to me. I told him they were beautiful words. I don’t know if he was a believer but I saw it as an act of faith.

“That’s what I bring to my prayers. This kind of work has changed my prayer life.

“The Church makes itself close to those who are ill.”

However, Fr Lionel will continue in his other tasks as well.

“I will continue as diocesan chaplain to the JOC and I will still celebrate masses, marriages and baptisms in my new parish at Lesquin.

And he belongs to a missionary team with other priests and a permanent deacon.

Farewell to an Anglican worker priest