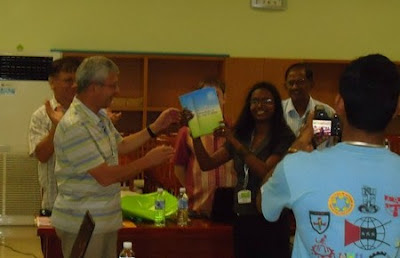 Over forty participants from eleven countries met in Bangkok, Thailand from 23-25 July 2011 for the CCI 3rd General Assembly.

The event began with a public forum on Sustainable Development for Peace with former IYCS/IMCS and ICMICA chaplain, Father Antoine Sondag as keynote speaker.

Bishop Pibul Visitnondachai of Nakhon Sawan, president of the Catholic Office for Emergency Relief and Refugees (COERR) and National Catholic Commission for Migration (NCCM) celebrated Mass with partcipants on Saturday 23 July to mark the 10th anniversary of the foundation of CCI and the 44th anniversary of the death of Cardijn on 24 July 1967.

The General Assembly then began with a study session on “My community, my country” followed by a session analysing current world realities.

This was followed by a series of life testimonies from various participants including Paul Sinappan from Malaysia and Geethani Peries from Sri Lanka, who is currently president of the International YCW.

The General Assembly concluded with the election of a new team including Stefan Gigacz as President/Convenor, Manasa Janaki and Patrick Vishal Fernandes sharing the role of secretary, Juanito Penequito as treasurer, Fr Reid Shelton Fernando and V. Susairaj as collaborators.

Clement Katongo will act as extension officer for Africa while Kevin Vaughan will play the same role for the Pacific.

a) Celebrating the 50th anniversary of Vatican II

b) Marking the centenary of the first YCW group founded by Cardijn at Laeken, Belgiun in 1912.

c) Publishing and translating the writings of Joseph Cardijn

The Assembly also witnessed the launch of the publication, Review of Life… a way of life, Training Module on See – Judge – Act Method, produced by CCI India on behalf of Cardijn Media. 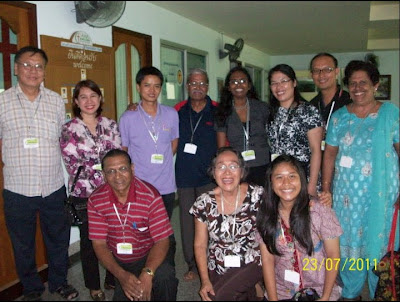