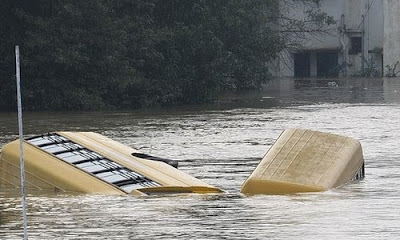 Devastating floodwaters in Chennai have caused the postponement of the CCI international conference originally scheduled for 5 – 8 December 2015.

CCI Secretary General MJ Ruben and Convenor Stefan Gigacz made the call at 3am Chennai time on 2 December as flood waters rose in the streets of the city, forcing the closure of the city’s international airport and cancelling train and bus services.

The conference venue, Joe Beach, remained cut off for six days at the height of the floods stranding former Mauritius Minister of Social Security, Ms Joceline Minerve, who had arrived early at the venue.

Conference special guests, Jose Luis Palacio, his wife Stella Maris, and their daughter Belen, who had arrived in Delhi en route to Chennai, were also caught out by the storms. With the assistance of former IYCS leader, Manoj Mathew, former YCW India national chaplain, Fr Soosai Servatius, and YCW India leader AJ Simon Peter, an alternative program for our guests was quickly arranged, including a visit to the Kanyakumari region of India.

The homes of several CCI leaders in Chennai were affected by the floods. Others played an active role in flood relief in the coming days.

The CCI conference, Cardijn Today: Inequality, Ecology and Diversity will now take place from 6 – 8 May 2016.