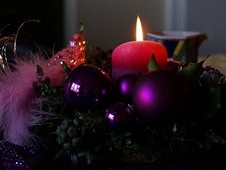 Christmas and New Year greetings to all as we gather with our families and closest friends!

Let us also spare a special thought and prayer for those who are separated from their loved one. I am thinking in particular of former Thailand YCW fulltimer and labor activist, Somyot Pruksakasemsuk, who is now in prison while on trial over lese majeste charges. We also remember his family who have now been separated from their husband and father for eight months.

At this time we also think of former IYCW chaplain, Fr RV Mathias, who passed away just a few weeks ago. In fact, at the request of some former YCWs in India, we have now launched a memorial website www.rvmathias.com to commemorate his life and work. We hope to make the development of this site a participative project and so we will be pleased to receive your testimonies and photos for posting on the site.

We also learned recently of the death of former Brazil and American YCW chaplain, Fr Agostino Pretto, who played an important role in the movement during the 1970s.

This year also saw the death of another former YCW chaplain and liberation theologian, Belgian-born Fr Jose Comblin, who spend most of his priestly working in Brazil.

Another CCI friend to pass on this year was Thai Bishop Bunluen Mansap, who died in January aged 81.

We remember and give thanks for their sacrifices on behalf of the poor and workers around the world.

2011 has also been an important year for the development of the Cardijn Community with the 3rd CCI General Assembly in July which also marked the 10th anniversary of our foundation in 2001.

CCI India also held its General Assembly in Chennai in August where it was decided to develop a campaign on internal migration.

Meanwhile, the Cardijn Community Australia focused on the history of the Cardijn movements in Australia at its November conference.

New initiatives have also begun in the Philippines, Sri Lanka and elsewhere.

2012 is also shaping up to be an important year for CCI with the launch of our three project to commemorate the 50th anniversary of Vatican II.

We thank you for being with us this year and invite you once again to join us in our mission to promote the spirituality and methodology of Joseph Cardijn.

President/Convenor CCI on behalf of the CCI International Team