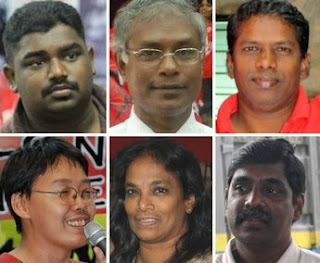 The release came shortly after Dr Michael Jeyakumar had announced that he was beginning a hunger strike.

Ex-YCW Sarasvathy Muthu was among those released.