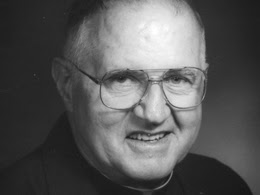 Just weeks after celebrating the 50th anniversary of his ordination, former Hong Kong YCW chaplain Fr Tom Danaher MM has died in the US.

“I discovered hope within the people struggling against repression and torture..such hope could only [come] from God, ” Fr Tom said in a quote published on the Maryknoll Twitter Feed last month.

1965-1969: St. Peter in Chains Parish, Kowloontsai, Kowloon. He served as chaplain for the Young Christian Workers in that parish.

1966-1969: Along with other Maryknoll priests and non-clergy, formed a labor advisory team to address industrial labor disputes.

1973-1980: Served as chaplain of the Young Christian Workers National Team. He worked to obtain better living and working conditions for the people. He lived and ministered at a workers’ center in Pui Man Village in Kowloon City.

“He had been in a care unit at Maryknoll since June. Last week, he developed pneumonia and was taken to the hospital. He was in no pain, and was given the best care possible.”

His funeral will be held on Monday 21 August.