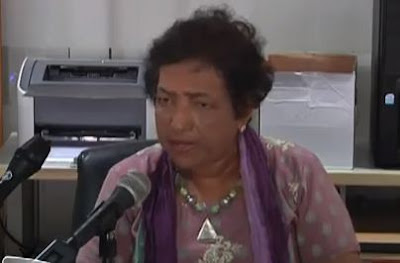 A Cambodian domestic worker in Malaysia told human rights activist Irene Fernandez that she used to suck the fish bones left on her employer’s dinner plate, because she was only given leftovers to eat.

Another said she was forced to cook, clean and care for children from 5 a.m. until past midnight, the New York Times reports.

“It’s so dehumanizing,” Ms. Fernandez told the paper. “To me, it’s just slavery days coming back — and that’s just frightening.”

Ms. Fernandez’s first job was as a teacher, but at the age of 23, she left the security of a government job for the life of an activist with the Malaysian YCW and later the women’s rights movement.

The accounts of abuse she has heard led Ms. Fernandez to conclude that Malaysia does not do enough to protect migrant workers, she told The Jakarta Post, an Indonesian newspaper, in May.

But the Malaysian government was not happy.

“While there may not be specific laws for migrant workers, Malaysia has sufficient laws to protect all workers, including foreign workers,” Ms. Maznah was quoted as saying in The Star, a Malaysian newspaper.

A police spokesman said Monday that the investigation was still under way and it had not yet been decided whether to charge Ms. Fernandez. Charges may be less likely given that Prime Minister Najib Razak recently announced that he intends to repeal the Sedition Act.