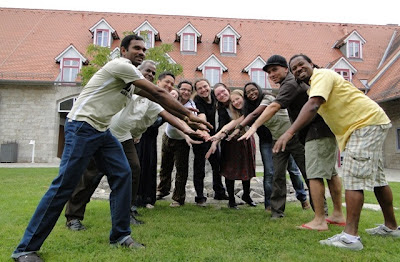 A recent report by the ILO points out that between 2007 and 2011, youth unemployment increased by 4 million at the global level, a huge increase on the previous ten-year period, says the IYCW in a statement issued to mark its International Week of Young Workers.

“The situation is even more critical in countries such as Spain, Greece, Portugal, Italy and Ireland,” the IYCW says.

“As the ILO report points out, young people are the most disadvantaged, the most vulnerable and the worst off in all areas surveyed.

IYCW president Ms Geethani Peries also notes that 2012 marks the centenary of the founding of the movement.

“Our vision and action are based on the beliefs and values of our founder, Joseph Cardijn”, said Geethani Peries, the International President of the YCW.  “He emphasised over and over again that “young people are worth more than all the gold in the world.” We try to live that belief in our own lives and in our solidarity with young workers across the globe. As the YCW is preparing for the International Council to be held in Ghana this year, it is opportune for us at this critical moment to return to our founding spirit and examine our original charter and vision. The International Council will provide a forum for young people from forty countries around the world to raise their voices for the rights of all young workers.”
“In 1912, when Cardjin started the first group of young people, there were clear contradictions between the reality of their lives and their aspirations. One hundred years later, young workers around the world also experience stark contradictions between their working conditions and their dreams of a fulfilling life. The YCW is as much needed today as it was in Cardijn’s time.”
SOURCE
International Week of Young Workers 2012 (IYCW)