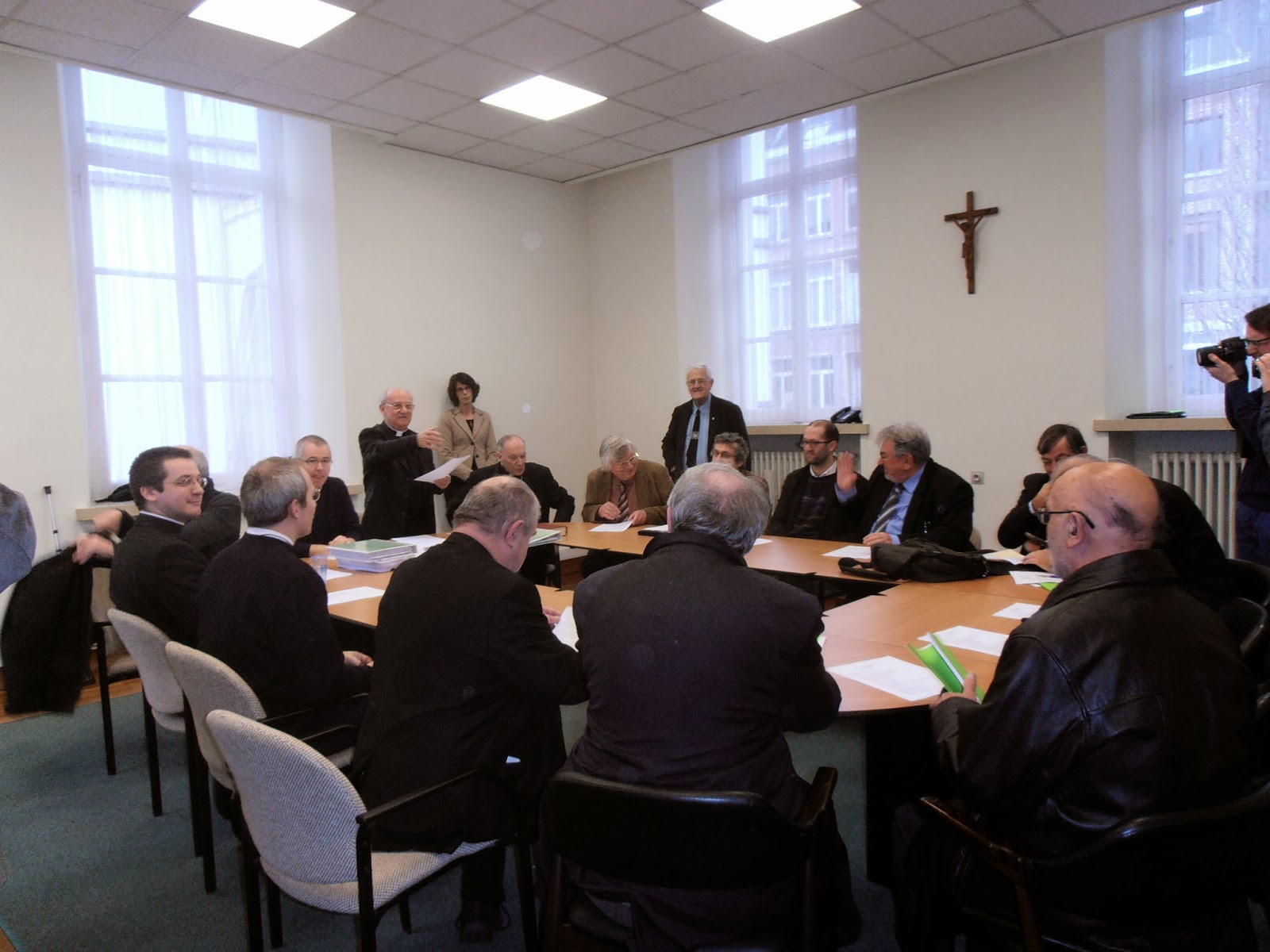 Archbishop AJ Léonard formally constituted the Ecclesiastical Tribunal  to inquire into the canonisation of Cardinal Joseph Cardijn on 16 January 2014 at a special meeting in Mechelen, Belgium.

Mgr Stefaan Van Calster will act as episcopal delegate (president) of the tribunal. Trade union leader Guy Tordeur, who is also a member of the IYCW Management Committee and the International Cardijn Foundation, was appointed as Postulator.

Fr Tim Peeters, a canon lawyer for the Mechelen-Brussels Archdiocese, was appointed as Promoter of Justice.

Ms Els Van Mulders acted as Notary for the installation of the tribunal and Mr Chris Van Houte will take on the role for the remainder of the process.

Five theologians were appointed to the tribunal:

Dr Kristof Straus is a professor of systematic theology at the Catholic University of Leuven.

Dr Alain Thomasset SJ is professor of moral theology at the Centre Sèvres in Paris where he holds the Jean Rodhain chair, named for the YCW chaplain who became the founder of Caritas International.

Dr Marcel Gielis was formerly a lecturer at Tilburg and now works at KUL.

Fr Filip Hacour is from the Mechelen-Brussels Archdiocese.

Mr Stefan Gigacz is a doctoral student at the University of Divinity in Melbourne, Australia, where he is preparing a thesis on the role and impact of Cardijn at Vatican II.

Dr Philippe Annaert teaches at the Institute of Theological Studies in Brussels and in the seminary of Namur. He also works in the Belgian National Archives.

Fr Luc Roussel is a historian and a former national chaplain of the Walloon YCW. He also worked on the IYCW History Project from 1997-2000.

Dr Karim Schelkens is secretary of the European Society of Catholic Theology. He is a specialist on Vatican II working as a researcher at KUL leuven.