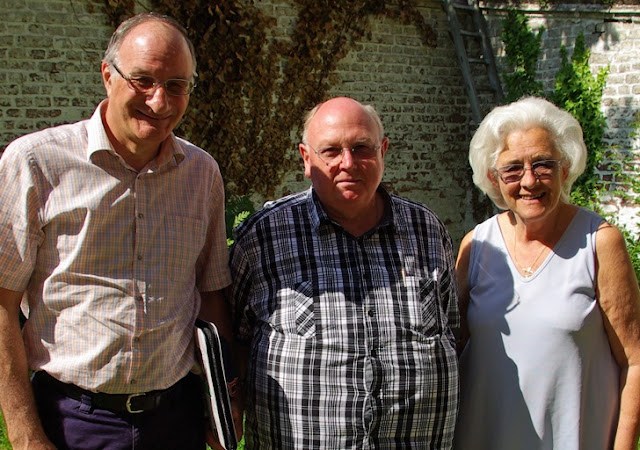 Three former jocists and sympathisers from the Diocese of Namur in Belgium have launched a new initiative to make Cardijn known to the present and future generations.
Jean-Paul Van Steen and Philippe Hanseval are both former trade unionists while Lisette Degolla-Mombaers is a retired social worker, according to InfoCatho.be.
Lisette Degolla-Mombaers explains: “Too few people are still familiar with him but it is necessary to make known this priest who brought thousands of workers out of slavery. Moreover, he worked for the recognition of women. Our project is thus based on this idea of recognition. Also with hope to raise awareness among young people today to rediscover the taste for Christian social action.”
Philippe Hanseval continued: “Cardinal Cardijn lit up the paths of all young people of our generation. He was a man who was both very concrete and a mystic. If we remember one of his phrases, I would mention that when he affirmed that every young person is worth more than all the gold in the world. And we should not forget the review of life method that he created: See – Judge – Act. A concept that I have always followed in my mission as a trade union delegate.”
For his part, Jean-Paul Van Steen inisted on the current relevance of Cardijn’s message. “Today, things have changed in the world of work. Progress has been made since the first JOC meetings. However, capital is still there and workers are still prisoners. Just take a look at what is happening in Greece.”
“With our initiative, we hope to restore Cardinal Cardijn to his place of honour. Too many workers, including our contemporaries, have forgotten the struggles that formed the social history of recent decades. Mgr Cardijn certainly played a part in those.”
When Jean-Paul Van Steen (middle of the photo), Philippe Hanseval (left) and Lisette Degolla-Mombaers (right) mentioned this idea to Fr Jean Marchand, current chaplain of the Christian Workers Movement (MOC), he arranged for them to contact Namur Bishop Rémy Vancottem, who was himself the son of a metalworker.
Bishop Vancottem took a great interest in the project, particularly since this year is the year of service  (diakonia) in the diocese. He therefore proposed that the launch day at Beauraing on 18 October should also make mention of the Cardijn initiative.
Jean-Paul Van Steen, Philippe Hanseval and Lisette Degolla-Mombaers have thus launched an appeal.
“We would like to make contact with all those in the Diocese of Namur who knew or had contact with Cardinal Cardijn. Their testimony is welcome. Don’t hesitate to contact us or to indicate people that we should meet.”
In Flanders, a similar movement, “Vrienden van Kardinaal Cardijn” already exists.
Other projects are also in preparation, including raising awareness in schools and religious communities, particularly women’s communities which often have many former jocist members.
The Namur trio also plan to prepare information for the parishes of the diocese in order to encourage people to pray to the Holy Spirit for Cardijn’s cause of beatification.
CONTACTS
Philippe Hanseval (+32 081/30.67.14 – philippe-hanseval@skynet.be)
Jean-Paul Van Steen (+32 0477/54.39.50 – bobinneu@gmail.com)
Lisette Degolla-Mombaers (+32 81/21.20.93 – degolla.lisette@gmail.com).
SOURCE
http://info.catho.be/2015/07/29/pour-que-vive-la-memoire-du-cardinal-cardijn/
http://brussels-star.com/2015/08/07/pour-rendre-vivante-la-memoire-du-cardinal-brabancon-josef-cardijn-vlaamsbrabant-schaerbeek-leuven/