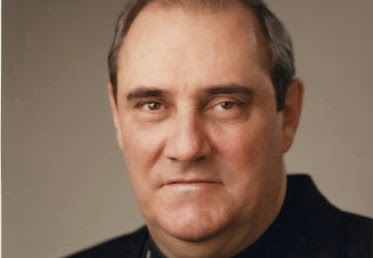 An assistant diocesan chaplain to the JOC in Montreal, Cardinal Jean-Claude Turcotte died on 8 April at the age of 78.

Soon after, he was appointed curate of the working class parish of Saint-Mathias-Apôtre, having specifically requested a worker parish from Cardinal Léger.

“I went to see Cardinal Léger,” he explained later, ” which people said you should not do. I was warned that you should not tell the cardinal that you wanted this or that ministry because that did not work very often with him.

“But I wanted to work in a working class area. So I took my courage in my hands and went to see the cardinal. I guess that I must have been quite eloquent because he agreed to nominate me to a worker parish, St Mathias Apostle in Hochelaga-Maisonneuve.

Two years later, he was named assistant diocesan chaplain of the JOC.

“Working in the JOC meant being occupied seven days a week. But I did not mind. I loved that ministry. I believe deeply in spiritual accompaniment. Young people came to talk about their lives, you shared your experience, you tried to help them.

“There were up to 60 young people whom I accompanied regularly. We organised all kinds of activities for those girls and boys, particularly summer camps, etc.”

In 1963, he left for Lille, France, to do a year of studies in pastoral work. Following his return, he became diocesan chaplain to the JICF (specialised Catholic Action movement girls from families with a business background).

Later he did a three-year stint as the diocesan chaplain of the Christian Worker Movement.

In 1981, he was appointed as vicar-general of the Montreal archdiocese and general co-ordinator for pastoral activities.

He offered his resignation in June 2011 having reached the age of 75 and this was accepted by Pope Benedict in March 2012.

A new youth program in Cardijn’s home parish of Laeken